(Summary description)Through time, here is "1954". Twelve private industrial and commercial households jointly established a collective enterprise in October--Hengshui County Coach Repair Co., Ltd., which became the earliest enterprise involved in the rubber industry in Hengshui. It has the most advanced and well-known tire hot repair technology in Hengshui.

(Summary description)Through time, here is "1954". Twelve private industrial and commercial households jointly established a collective enterprise in October--Hengshui County Coach Repair Co., Ltd., which became the earliest enterprise involved in the rubber industry in Hengshui. It has the most advanced and well-known tire hot repair technology in Hengshui.

(Shi Zhengyan / Text) Through time, here is "1954". Twelve private industrial and commercial households jointly established a collective enterprise in October--Hengshui County Coach Repair Co., Ltd., which became the earliest enterprise involved in the rubber industry in Hengshui. It has the most advanced and well-known tire hot repair technology in Hengshui.

Simple factory buildings, simple equipment, can not withstand the youthful blood and hard work of the workers, in 1957 was designated as the first professional production cooperative in Hebei Province to repair carriage and repair carriage tires.

The first rubber mill in Hengshui was purchased in 1967. Started rolling rubber, producing retreaded tires and small rubber products, becoming the first rubber processing enterprise in Hengshui County, supporting the development of the company and the team and accumulating talents and technical reserves.

In October 1969, Qi Cunxiu, the protagonist of "The Guns of Plains", came here and served as the director of the Revolutionary Committee. He led the staff to play the Red Anti-Japanese War spirit, expand the South Plant, increase the production scale, and build the North Plant. One hundred days, and the output value exceeds one million.

The prototype of Ma Ying, the protagonist of The Guns of Plains in 1971, Liu Yinglai visited Qi Cunxiu, an old comrade in the enterprise. At a critical time for the factory to expand and develop tires and recycled rubber, the old hero contacted the main leader of the Ministry of Transportation and allocated an old train locomotive steam boiler to solve a big problem.

Twenty-eight "anti-Japanese war veterans" have successively changed jobs and joined. After many political movements, management system reforms, and economic system reforms, this seedling in the wind and rain has grown into a towering tree and achieved amazing results that changed the times.

基础 The foundation of the small drag battle in 1974. As the designated manufacturer of tractor tires for the “Little Drag Race” of the Hebei Provincial Chemical Industry Department, the party branch secretary Shi Zhensheng led the cadres and staff to work day and night, technological transformation, scientific and technological breakthroughs, and smooth production.

The Third Plenary Session of the Eleventh Central Committee of the Communist Party of China with profound significance was held in 1978. Our country has entered a new era of reform and opening up, Heng Oak has emancipated its mind and updated its concepts, and shifted its focus to vigorously developing production.

7In July 1979, the factory director responsibility system under the leadership of the Party branch was implemented. For the first time, the economic responsibility system was established in a tire workshop, and regulations were established, and scientific management was carried out. The company has flourished and developed rapidly, and its output value and profits and taxes have doubled continuously.

In 1985, Wu Dongliang was appointed as the factory director, Zhao Chengyou was the party branch secretary, and the deputy factory director Zhi Zhibin was in charge of setting up a new product technology research team. With regard to the technical reformation of recycled rubber, the output jumped into the top five in the country and the quality ranked the top three. In accordance with the national industrial policy adjustment, the development and production of bridge engineering rubber products as the main direction of attack, the board seat into the transportation field.

成立 General Party branch was established in 1987. The administrative department and the various branches of the workshops established party branches to implement collective contracting by the party and government leadership team. Zhao Chengyou served as the party's general branch secretary and Wu Dongliang as the deputy secretary. The landmark "Hengli" brand rubber bearing came out.

Four Hengshui heroes participated in the construction of the enterprise: Wu Dongliang won the National May 1 Labor Medal, enjoyed the special allowance of the State Council, led the company to develop into an industry leader, created the "Dongfeng phenomenon", and formed "a brilliant banner on the industrial front of Hengshui City"; Wei Cunjie won the Hebei Provincial Labor Model, Hengshui City's entrepreneurial merits, led the company to develop into China's top ten rubber products enterprises, national torch plan implementation enterprises, China's well-known trademark enterprises; Sun Jinggang was awarded the labor model in Hebei Province, laying a deep foundation for the development of highway and railway products and occupying the market He has made outstanding contributions to the company's development and national transportation construction; Zhao Zhiliang has been rated as a skilled craftsman in Hebei Province, a recognized rubber craftsman and worker expert in the industry, and has won several provincial and ministerial science and technology progress awards and outstanding new product awards.

Secretary of the Party Committee Tian Jiande was awarded the title of “Thousands of Good Supporters in Hebei Province”, enjoyed special allowances from the State Council and provincial government allowances, led enterprises to transform and upgrade, and established post-doctoral scientific research workstations, becoming a nationally superior enterprise in intellectual property rights, an advanced unit in national transportation technology innovation, and a high-tech in Hebei Enterprises, and walk out of the road of Heng Oak's characteristics and high quality development.

In the past 65 years, we have let the times know us with good products.

In the next 35 years, we will let the times remember us with a series of better products + quality services.

All Heng Oak people work together, create, and work hard to build a century-old brand, pay tribute to Heng Oak, and continue to write brilliant! 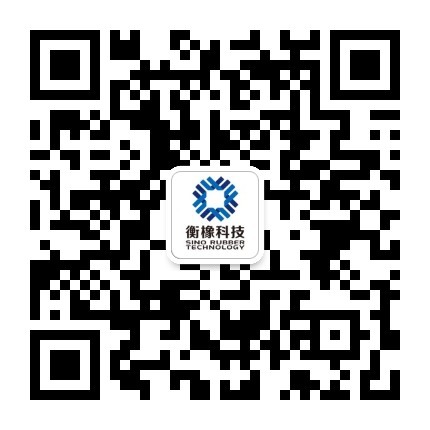