With a total investment of 610 million yuan, it was started on November 28, 1998 and completed and opened to traffic at the end of 2001. With a total length of 3246 meters, the main bridge is 936 meters long and the bridge deck is 23 meters wide. It is the only three tower inverted Y-type single cable plane concrete stiffening girder cable-stayed bridge on the Yangtze River. Its span is the largest in the world among similar bridges. In the construction of the bridge, 20 new technologies, new materials and new processes have been applied, including the "Hengli" pot type rubber bearing of Hengshui Rubber Co., Ltd.

The Yiling Yangtze River Bridge project won the "Luban Award" in 2002 and the "Zhan Tianyou Cup" in 2004. Li Peng personally nominated the bridge. 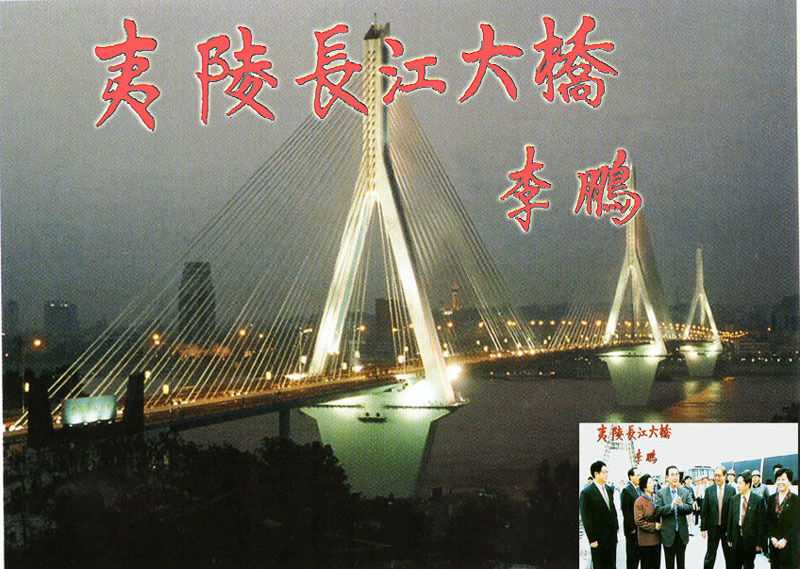 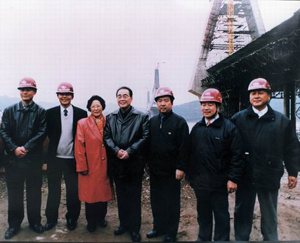 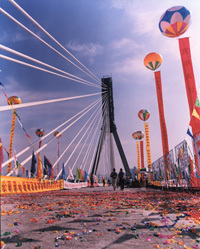