After the visit, the delegation came to the multi-function hall.

In order to celebrate the 100th anniversary of the founding of the Communist Party of China, the instructor took the oath, and the firefighters reviewed the oath of joining the Party under the bright red flag, and the solemn and powerful voice echoed in the hall for a long time. 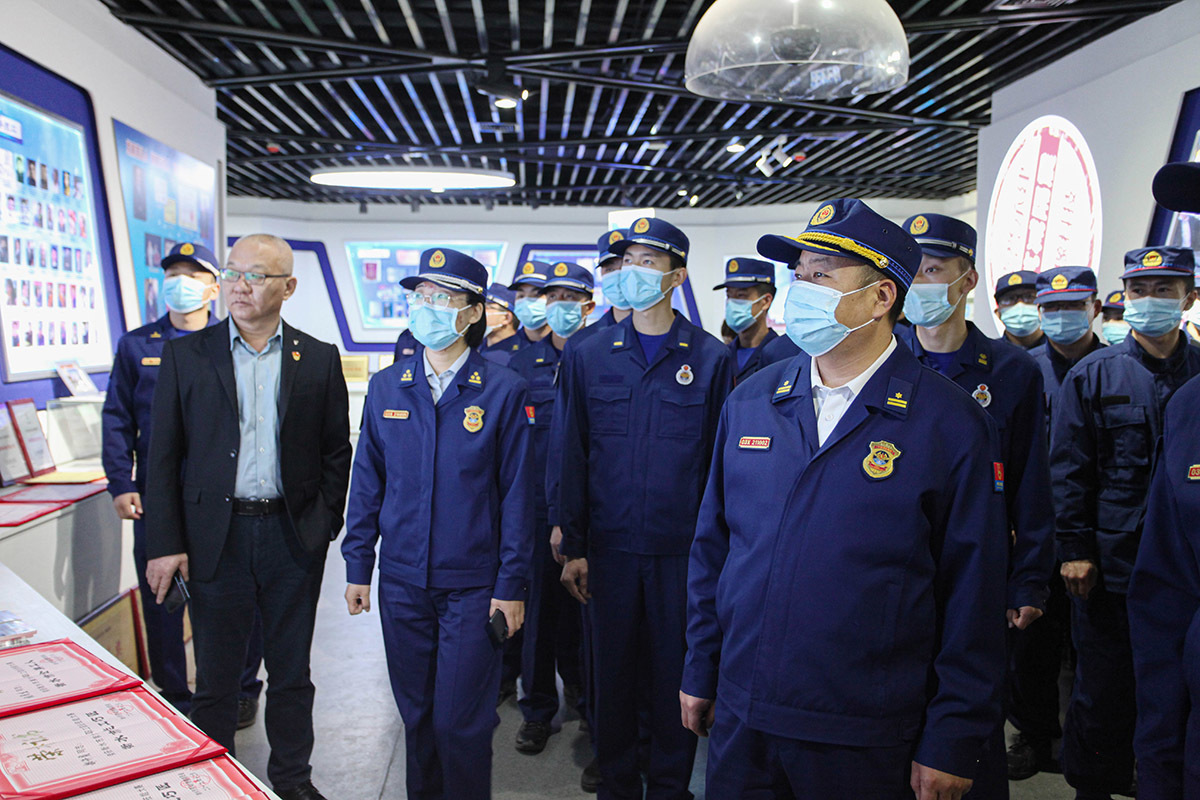