On June 29, the fifth Party branch of Hengshui human resources and Social Security Bureau and the administrative party branch of Hengxiang science and technology held a signing ceremony for "party building, joint efforts and win-win future". The aim is to realize a new pattern of Party building work in which party organizations complement each other's advantages, share resources, promote each other and improve together.

Before the signing ceremony, Yan Xin, Secretary of the Municipal Bureau of human resources and social security, first affirmed the party building and labor protection work of our company, saying that there are many works that are in the forefront of Hengshui City and worth learning from. At the same time, in order to thoroughly implement the spirit of the Sixth Plenary Session of the 19th CPC Central Committee and give full play to the core leading role of Party building, through this party building pairing and co construction activity, we will learn from each other, share experiences, and promote both party building and business improvement. Subsequently, the leaders of the two sides jointly opened the display screen of Party building and co construction on the large screen. The signing ceremony of the representatives officially began. The leaders of the two sides signed the co construction agreement and exchanged the co construction plaque. Everyone witnessed this solemn moment.

In front of the bright and eye-catching party flag, all Party members reviewed the oath of joining the party again. The sonorous and powerful oath echoed in the hall, expressing their firm faith and determination to remember their original intention and mission.

After the signing ceremony, Tian Biao, President of the municipal labor and personnel dispute arbitration court, explained and publicized the matters that employees should pay attention to and the national welfare policy under the current hot weather, and gave a detailed explanation and typical case analysis on the hot issues such as employment of college students, labor disputes between employers and workers. Everyone also raised questions one after another, with positive interaction and warm atmosphere.

Tian Jiande, Secretary of the Party committee of the company, finally said that the company will, as always, strictly abide by the national labor policies and regulations, earnestly safeguard the rights and interests of employees, perform obligations according to law, and ensure that the relevant rights and interests of employees are protected. Through this study, the staff's awareness of the rule of law has been strengthened, and their legal literacy has been improved, which can further build a harmonious labor relationship and promote the high-quality development of the enterprise.

The participating units of the two sides will take this cooperation as an opportunity to make their greatest contribution to the construction of a prosperous and powerful new Hengshui and a vibrant new Hengshui for innovation and entrepreneurship by finding shortcomings, comparing differences and forging ahead. 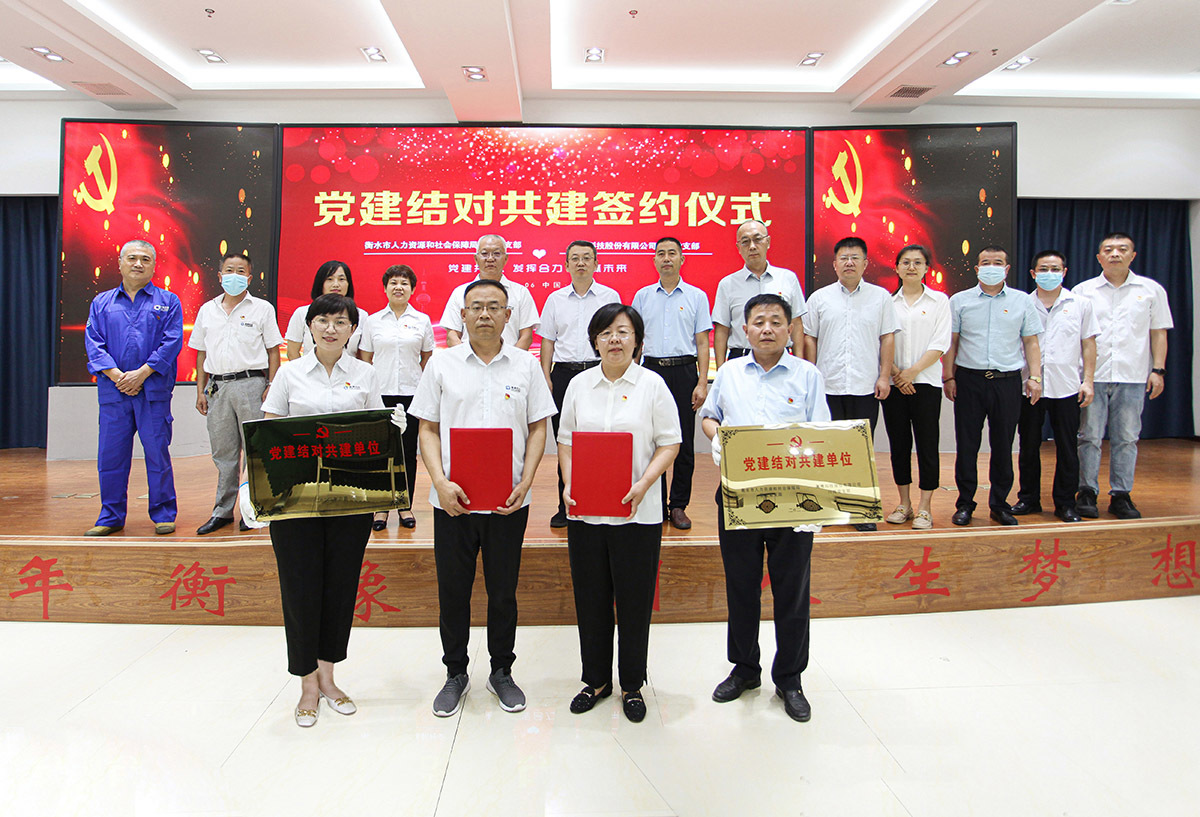