Sun Guizhi, commander of the military division, and his delegation visited Hengxiang Technology 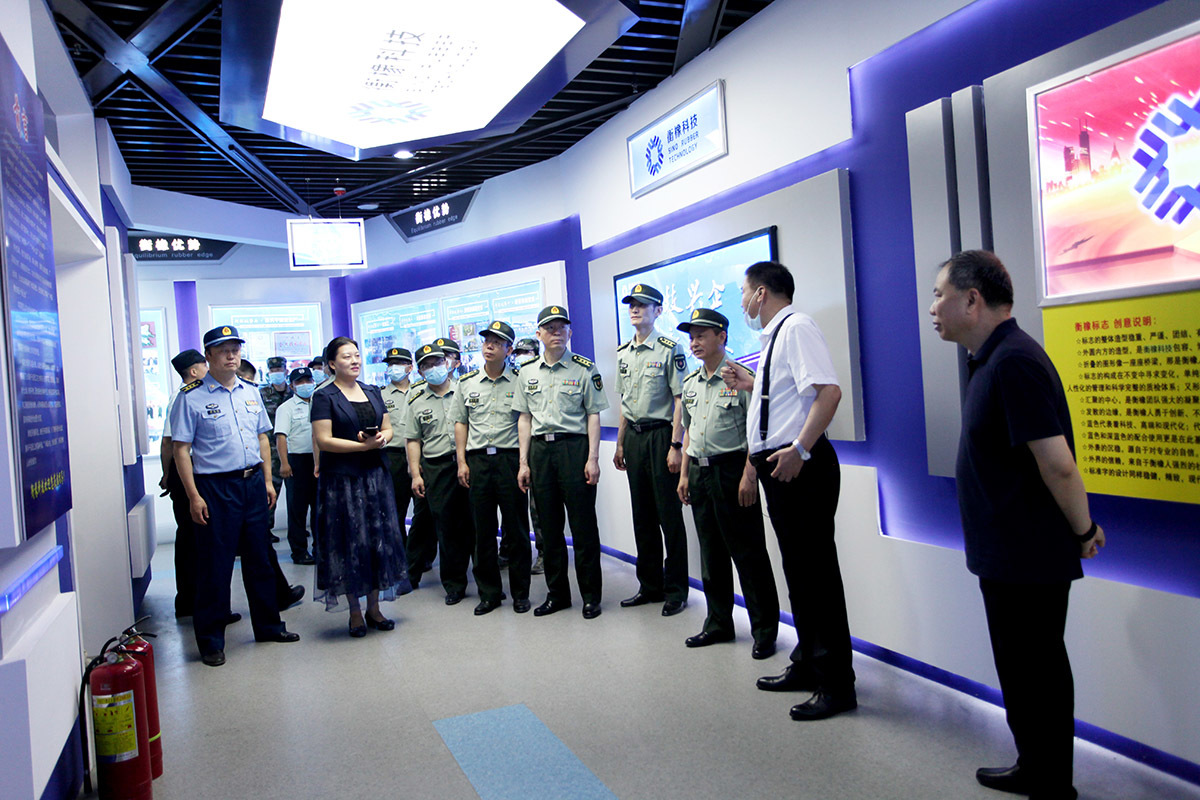 The main purpose of the head office of the military division is to investigate the scientific and technological innovation and corporate culture of our company.

They first visited the Cultural Department and the Honorary Hall of the Company. Director Zhao made a brief and vivid introduction to the company's history, organizational structure, main products, industry status, etc., so that the head office of the military division had a preliminary understanding of the company.

Sun Guizhi and his delegation then went to the 10th floor to visit the fitness hall and the Plain Gunshot Exhibition Hall. Shi Zhengyan, the director of the Party Committee Office, explained in detail the construction process of the exhibition hall and the historical significance of the plain gunshot, especially the revolutionary history of Qi Cunxiu, one of the heroes of the novel, and his contributions to the company; Deputy Secretary Wang also explained the company's eight anti Japanese veterans, four Hengshui heroes and some precious collections in the exhibition hall. Among them, the inscription of Shen Tiemin, the first commander of Hengshui Military Division, and the handwriting of Mr. Li Dazhao, Gao Jingtao, attracted much attention.

The head of the military division praised Hengxiang as a red enterprise with responsibility and strength rather than an ordinary enterprise.

After the visit to the exhibition hall, the delegation took a sightseeing bus to visit the product exhibition hall of the Fifth Branch Factory. From the original plate rubber bearings, Director Zhao made a simple and clear explanation of the waterstop, basin type bearings, spherical bearings, vibration reduction and isolation bearings, expansion devices (first developed in the early 1990s, broke foreign monopoly, and successfully applied to Shantou Bay Bridge), bridge monitoring systems, sound barriers and other products, The bridge inspection vehicle, the world's largest swivel project, the 40000 ton swivel flat comparison on Lekai Street, and the LMU pile leg docking buffer device and packer, which were reported by CCTV to break the foreign technology monopoly, were highlighted.

The head of the military division and the delegation fully affirmed the development of the company through field visits. It was unexpected that Hengxiang Technology has such a glorious history and so many advanced product highlights, which can be said to add luster to Hengshui and the engineering rubber industry. In the future, it will further strengthen the military civilian cooperation and military civilian cooperation.

The first case in the world: the construction of super large diameter single pile fan foundation connected by grouting method has been completed, and Hengxiang Technology's marine engineering products have set a new record

The first case in the world: the construction of super large diameter single pile fan foundation connected by grouting method has been completed, and Hengxiang Technology's marine engineering products have set a new record